In a democratic country like the USA there is no place for morality in the law because there are many problems between them.

Laws are administrative:behaviouren law is administrative then it will include behaviour for the purpose of procedure which can be different or even opposite from the point of view of morality.

For instance, the side of the road to drive on can be a good example for this aspect. The law has fixed the sides where one should drive for the sake of the safety of other people. In this law there is no moral obligation as it is designed for social benefit.

When you read a perfect law essay by UniTutor or when you read this post, we are going to briefly discuss certain aspects to show that morality has no place in the law.

Laws are immoral: Sometimes laws have no moral base because they are harmful and undesirable and sometimes they are culpable and shocking. Earlier the laws relating to blacks and women in US as well as the laws in Nazi Germany about Jews were of this category as they were morally not acceptable.

Similarly, sometimes criminals are released and innocent people are punished due to courtroom procedures and law of evidence.

Law cannot be said complete: Any law cannot consider a wrong and unfair business practice as illegal unless it is noticed by someone else or used to ill treat others in a clear way. Such activities cannot be called illegal unless they are caught by law even if they are immoral and wrong from the very beginning.

Thus law cannot be said completely as morality is as it applies to what has been addressed in the legislation or by the decisions of prevailing law. 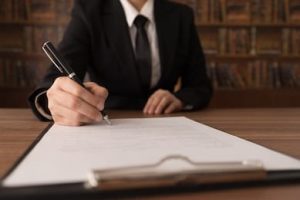 Implementation of morality cannot be ensured: It is not necessary that the moral decisions taken legitimately by society for the benefit of everyone are acceptable to everyone. Where non-acceptance of moral rules is wrong for the person doing wrong things but it is more wrong for the law to interfere in their privacy and autonomy even if the implementation of right behaviour is more important.

People cannot agree on moral issues: People usually do not agree on creating or implementing certain laws either on practical grounds or moral grounds even if it can cause different consequences. A law cannot reflect the morality of different people when their viewpoints on morality are contradictory or conflicting. How law can accept morality when people do not validate its righteousness?

Traditional practices are considered morally right: Usually for the people benefited by the prevailing practices it is very difficult to say if there is anything wrong in it, even if it is beneficial for few people.

Such people will consider any reform as destructive and unwanted for a system that is working well in social order even if it is ethically wrong. In this way, a law cannot favour the existing relationships and power structure to maintain it in an illegal way but it can favour because of their psychologically normal and rationale appearance or reasonable working of the existing system.

Thus, it can be said that there is a place for morality in the law as both are contradictory by nature.